A Brief History of Safes 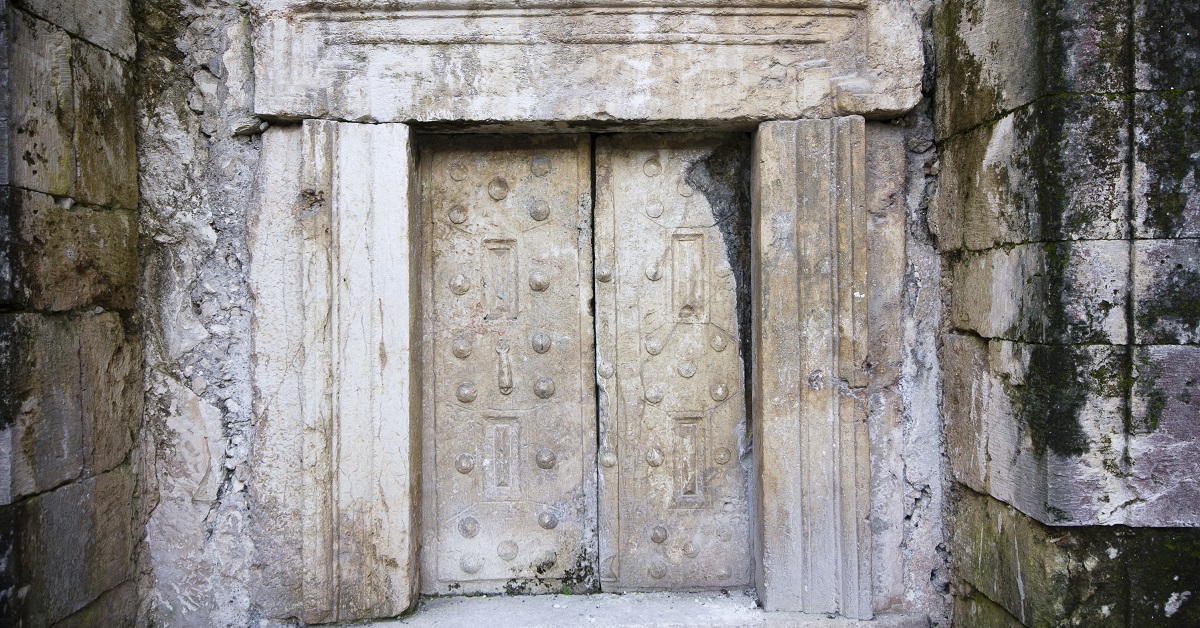 At Metro Lock and Safe, we continue a long tradition of providing the best lock and safe services to our clients. But sometimes in history the development of the mundane is lost to the big moments and battles. No longer! We’ve done some digging of our own to uncover just how safes have become an industry unto themselves as people through time searched for a way to keep their valuables safe from all which would seize or destroy them. Read on to discover more. 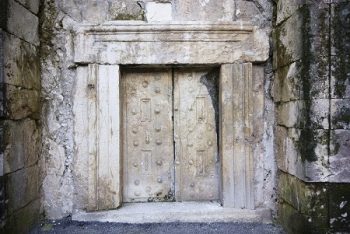 The earliest safes uncovered by archaeologists were found in the tombs of Pharaoh Ramesses II, dating back to the New Kingdom of Egypt. Their use of wooden material belied a near-modern lock mechanism we call the pin-tumbler lock today.

During the Bronze Age, these early safes were likely made as objects of trade as well, as Assyrians also developed a contemporary lock to the Egyptians before the Bronze Age collapse. These early safes were kept in places of great safety not just to protect from thieves but also from fires. In a romantic sense, fire has been greatest thief through time. It leaves no paper trail, striking at any time and posing great difficulty to stop or allay the damage.

Romans began using iron materials to reinforce their safes from both fire and thievery. These iron safes used locks for mercantile purposes, protecting goods and merchandise and invented a locking system of fixed lugs with keyholes of varied notches so that every lock required a personalized key.

During the Medieval period safes and lockboxes were mostly made of wood and banded metal. While ornamental, artisan skill was on display, most of the security systems developed during this time was to adorn the locks with misdirection and deception. Elaborate keys along with fake locks, hidden locks and multiple locks adorned the exoskeleton of most lockboxes and safes to fluster lock pickers. Wooden chests not durable safes, however, and cracking them at this time did not require much else but simple brute force.

Not until the Enlightenment did the profession of the metallurgist begin to replace the local blacksmith, rapidly developing new barrier materials. Reinforced steel began to allow for more fire retardant, environmental resistant  and thief-proof locks to come to the fore.

Still, most banks, treasuries and other castles of wealth used reinforced rooms for the storage of records instead of steel vaults due to the rarity of the material until the 19th century. These were essentially room-sized vaults, placed in less accessible areas of the building and given an iron door along with thicker walls. The wide range adoption of steel would not occur until the beginning of the industrial period in the mid-19th century, when scaled-up production allowed the metal become a material of choice.

In 1834, the British inventor William Marr designed the first modern fire-resistant safes with double walls of steel and an insulating layer of finely crushed marble, clay and porcelain between them. A contemporary Englishman, Thomas Milner, improved upon this design using alum and alkaline salts that would create an insulating layer of steam when heated. 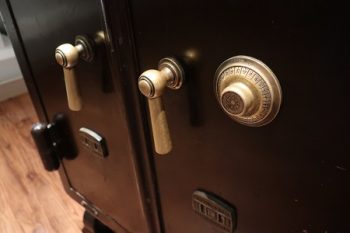 MThis represented the first structural improvement for the modern safe since the death of Ramesses II, rather than complicated unlocking sequences and misdirection tactics. Soon no bank, casino or military installation could exist without some form of coffer for currency, patents or others sensitive documents.

In Sweden, industrialist Smith Peter Rasmussen  expanded his business from locksmithing in 1847 and his successor Edvin Albert Rosengren became one of top manufacturers for the industry in Europe in the 1890’s. In the United States, Gustave Mosler and Fred Bahmann founded Mosler, Bahmann & Company in Cincinnati. Upon the former’s death in 1874, the Mosler family split from Bahmann, moved to Hamilton and subsequently founded the Mosler Safe Company.

The next technological jump would not occur until 1917, when Underwriters Laboratories developed the first standardized tests on various safes. Coffers changed radically in response as they received data showcasing what worked and what didn’t. Better insulation became a key factor in fire-protection while progressively more intricate locks were developed to keep thieves out.

Modern bank vaults use thick walls of concrete over a foot thick with complex multiple locks to allay any damage at all to the contents inside. The Mosler Safe Company famously marketed that their safes as nuclear blast proof after one installed in Teikoku Bank survived the atomic bombing of Hiroshima.

Today, safe companies have incorporated delayed time locks with duress buttons to deter armed robbers and contact law enforcement agencies quickly. These electronic technologies have also filtered down to personal safes and lockboxes. Rarely is a smart home security system bought without both keypad and mechanical locks for the layered security of valuables and possessions.

Where Can I Find

Be it locks, safes, security systems or smart homes, Metro Lock and Safe have provided Phoenix metro homeowners with tools to transform their home into a castle. Our knowledgeable staff provide you information and tips for finding the right safe, cashbox or other valuable protection devices. We can also perform key services such as duplication, door lock repair and replacement and security system installation.

If you’re in search of a new safe to secure your most precious belongings, contact the coffer experts at Metro Lock and Safe today or come visit us at one of our locations across the Phoenix area.