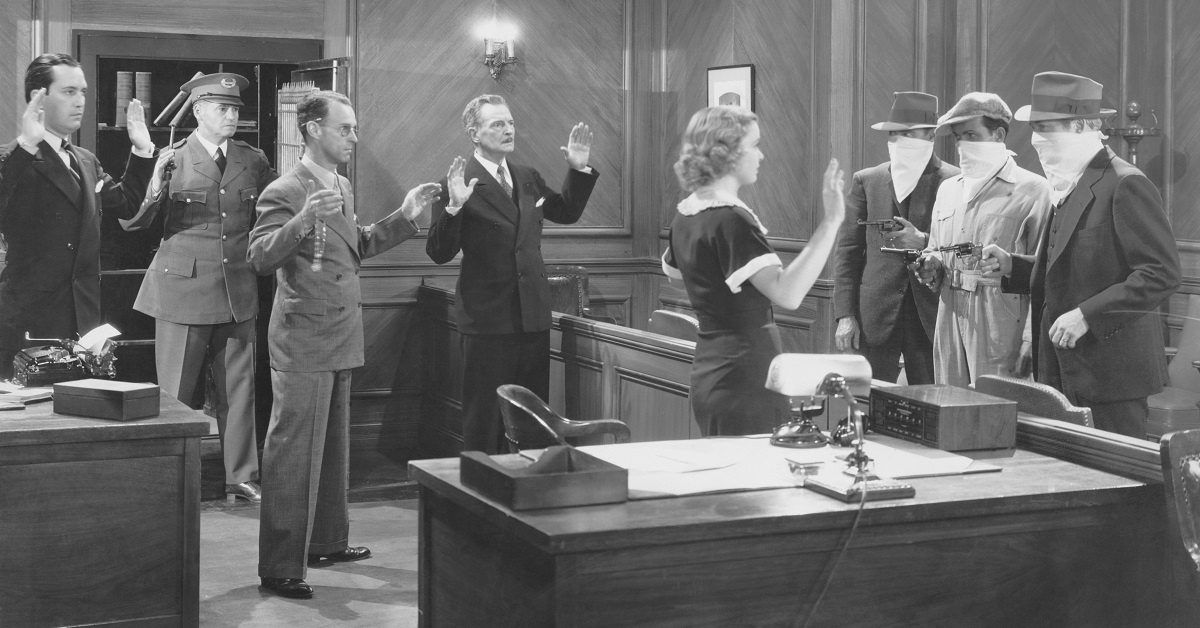 Welcome back to the second part of our biggest heists in history. These larger than life heists have such big payloads they deserved a post of their own, taking place across the world.

From Fortaleza, Brazil to Boston, Massachusetts to Baghdad, Iraq, it’s no wonder how far some intrepid criminals go for ill gotten gains. Some of these plots are so fantastic in scope their scripts would be roundly rejected by any Hollywood studio worth its salt. Nonetheless, read on to finish Metro Lock and Safe’s list of the largest cash robberies and art museum getaways.

If you’re a fan of the heist movie, you probably have at some point watched The Italian Job and its remake. Stuck in Hollywood development hell is the remake’s sequel: The Brazilian Job. We like to think that’s because no sequel can quite compare to the Banco Central burglary in 2005. 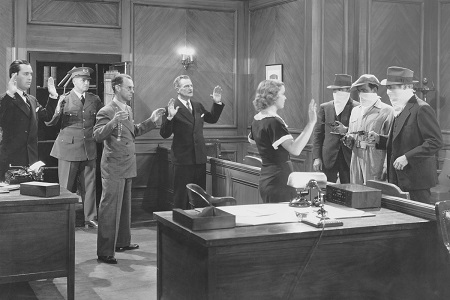 Contrary to popular belief, most modern heists are not held at gunpoint—they are done in the dark.

The target in question, the Banco Central do Brazil in Fortaleza, is the national bank of Brazil in charge of the nation’s money supply. The payload was a vault containing roughly 160 million Brazilian real (about $70 million USD) under consideration for recirculation. The bills were not numbered sequentially and thus untraceable. Probably because none of the bank managers thought the four foot thick reinforced concrete floor was at risk of being cracked. Clearly, none of them had read about Spaggiari’s crew from 1976.

Tactically, it was a bit of a mixture: the crew of 25 criminals used a shell company front–in the “landscaping industry,” no less–located in a commercial building two blocks away from the target, hiring a cargo van with a fake logo to boot. The team even made the rounds introducing themselves to their neighbors before starting, which was nice and tactically brilliant. They then began the process of digging a 656 feet tunnel underneath two city blocks. Because of this show of neighborhood friendliness, no one ever blinked an eye at the amount of earth moved out of the building.

Tunnel construction took several weeks and cost roughly $200K to build. The actual heist occurred over a single weekend and 3.5 tonnes of cash were ahemrepurposed from the vault. When it was all said and done, the bank vault was stripped of cash, covered in chalk (to prevent fingerprints) and littered with energy drinks. Y’know, because sometimes the thrill of illegality is just not enough. You almost have to imagine they had Judas Priest’s “Breaking the Law” on repeat.

The best thing about this heist is not imaginary, however, it’s the nicknames. Featuring such classic superlatives as “Armadillo,” “Big Boss,” The German” and the purported ringleader “Little Fernando.” Even the mayor of Boa Viagem was in on it. Unfortunately these names were all undone by an unnamed associate who splurged on a set of ten cars. This would lead to the arrest and imprisonment of most of the gang. It begs the question: does anybody watch GoodFellas and learn anything these days?

“Little Fernando” was not so lucky, however, as his body would be found a year later, presumably killed by another criminal enterprise aware of his skills. He was only 26, kind of impressive considering the illegality.

The Isabella Stewart Gardner Museum in Boston is one of Boston’s premier jewels for art enthusiasts and the victim of the largest, still unsolved art heist in American history. The FBI, the District Attorney and the museum are still searching for the missing pieces of art over 30 years later.

Thirteen pieces of work were stolen, including three Rembrandt pieces, five Degas sketches, one Vermeer painting, a Manet portrait, a Flinck landscape and two archaeological pieces. In other words, $500 million USD in art. The heist was so lucrative that the Gardner is offering $10 million in exchange for tips as to where the art may have gone. 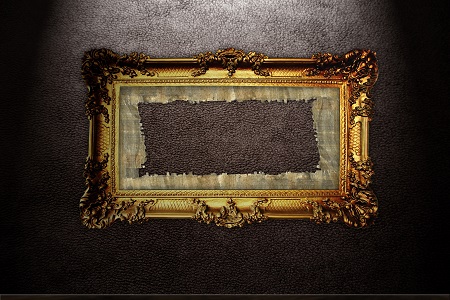 Empty frames still hang in the Gardner Museum as a constant reminder of the theft.

However, despite the high price tag, the heist was pulled off with a little bit more brute force than is normal to these types of heists. Instead of unscrewing frames, some pieces were cut out. It is thought the thieves stole the French imperial eagle standard because it looked like it was made of gold. Art-thieving commissars they were not.

Security guards Rick Abath and Randy Hestand were confronted by two men posing as police officers at 1:24am in the morning. Abath recounted they claimed to be investigating a disturbance. The thieves then handcuffed and duct taped both guards in the basement and the heist was on. After 81 minutes, they had their haul and left. No one would know what happened until the next guards arrived for their shift and realized something was wrong when no one let them in.

Although the FBI claims they have identified the burglars, nothing concrete has been announced and no arrests have been made. Suspects included Abath, veteran art thief Myles Connor, mobster Bobby Donati, Boston’s Irish mob and the Irish Republican Army. However, none of them quite complete the picture of what happened that night.

Instead, the heist has become the subject of hearsay, conspiracy and Netflix documentaries. Looks like we all have a new series to binge.

The burglary of the Iraqi national bank might better be discussed as a heist, a looting or an emergency transfer of currency, depending on who you ask. Regardless, by March 20, 2003 the invasion of Iraq had begun.

If you ask deceased generalissimo Saddam Hussein, it was all his money and he was making an emergency withdrawal before the United States Army could seize it during the 2003 invasion of Iraq. Ask the Pentagon and it was a brazen liquidation of the nation’s wealth. Ask anybody else and the answer is always the same: “that’s a lot of money.” The most in human history, in fact.

When the U.S. army reached the Central Bank of Iraq in Baghdad $1 billion dollars had already been removed from the Iraqi treasury. To truly get a sense of the scale, it actually helps to count it in millions rather than billions. A whopping $900 million in USD and $100 million in Euros was removed was on the account of a handwritten note delivered by Qusay Hussein. The bank’s governor simply agreed and “the heist that wasn’t really a heist” began.

An Iraqi official was quoted by The Guardian that “when you get an order from Saddam Hussein, you do not discuss it.” All told, when armed men sent by the country’s leaders arrive to make a withdrawal it’s safe to assume it is no cursory visit. 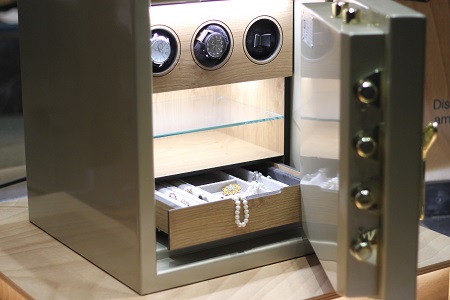 Undoubtedly, Hussein viewed Iraq’s wealth as his own. The central bank was his to do as he pleased.

The bills were deposited into three larger semi-trucks and then taken away. No questions asked. It’s even more impressive when you consider that the white marble clad building was built entirely in reinforced concrete, almost no windows and a giant interior courtyard surrounded by offices. The only way in and out was the front door. And that’s just how Qusay Hussein stole the money.

About $660 million would also be found in Saddam Hussein’s palace across a total of 164 metal containers in April 2003. The difference however was no where to be found and would remain that way to this day. Later, Qusay and his older brother Uday would be killed in a firefight in Mosul in June while Saddam wouldn’t be found until December of the same year.

But the story doesn’t end there, much of that wealth would end up in strange places. After transferring the money to Baghdad’s international airport for counting a certain John Taylor, member of the US Treasury Department, would press top officials to return the funds to the bank. The White House and Pentagon declined, kept the money and left the Coalition Provisional Authority to apportion the money as they saw fit. This would turn out to be a mistake.

In 2012, the Pentagon admitted to losing about $100 million in a “records management error.” According to James Risen, the author of Pay Any Price, over 30 American service members would be convicted of absconding some of the funds for their own personal use in their home states. Some of the money even ended up in Yuma, Arizona!

As far as heists go, it’s ironic that the only people who would be convicted for the crime weren’t even the original thieves in the first place.

Metro Lock and Safe Knows How To Safeguard Your Space

If you’re worried that people are only here to steal your stuff via extraordinary means, don’t feel like you need to refurbish your floors with titanium tiling. Most of these amazing heists occur because of the amazing security defenses around them. This encourages equally ambitious bandits to break in. The common cat burglar will only go for easy pickings, however. In order to keep your possessions safe, the best way is to increase the deterrents and keep mum about it all.

Thieves can’t steal what they don’t know exists and the better the safe, the less value the payout. With Metro Lock and Safe, our expert technicians can help you find that right safe in order to safeguard your space. Come to one of our locations in the Phoenix area and talk with our expert associates about all your home security needs from key duplication to home security installation. Contact us today!

Greatest Heists in History Part 1
|
What Are the Benefits of Rekeying Your Locks?